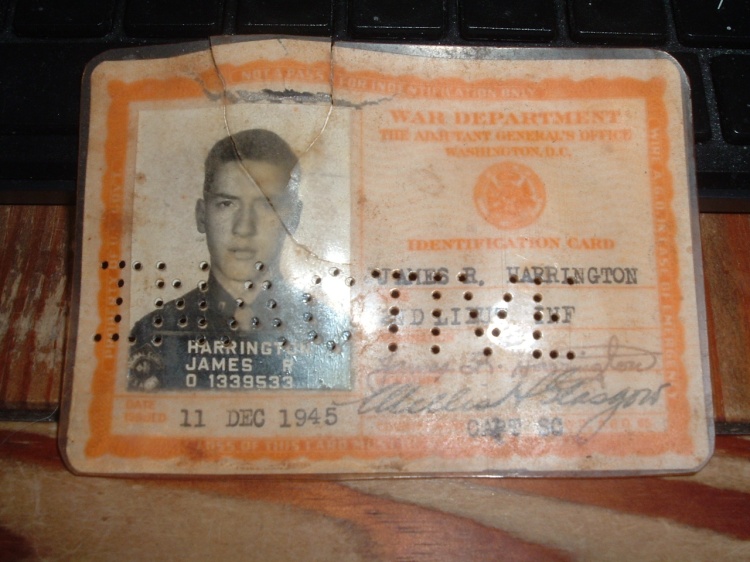 James R. Harrington entered into military service with the New York State Guard 8th Regiment in 1942 at the age of 16. He was signed in by his parents. His NY service lasted 18 months before he joined the US Army in 1944. He would spend time at Camp Stewart in the Artillery before applying for admission to the OCS training. Did OCS at Camp Wolters and Graduated in 1945 . He was a 2nd Lt. at age 19.

He was assigned to the 342nd Infantry Regiment of the 86th Infantry Division as it was being re-deployed for the Pacific theater and the Invasion of Japan.  He was on the boat in Manilla Bay Philippine Islands when the Atomic Bomb was dropped on Hiroshima.  The 342nd was then stationed north of Manilla  and assigned the task of rounding up and informing the local guerrilla forces the war was over. Also the task of rounding up any Japanese troops in the area.  He was placed in command of a small detachment for this purpose and had a special shoulder tab made locally for this group and the 342nd Guerrilla Deprocessing Center was born. Jim became adept at the language and how to deal with local indigenous troops. He was later made the 1st Commander of the reorganized 44th Infantry Regt. (Philippine Scouts) 1946.  After numerous requests and denials for a transfer to the 11th A/B Division he finally got a chance to attend Jump School in 1948 where he earned his Jump and Glider Wings.

He would enter the reserves in 1948 and later attend Tufts University and graduate in 1952.  During his time in the reserves and the Korean War era he was assigned to the 301st Infantry Regt. , 94th Infantry Div.  He took basic Infantry Course in 1947 and Advanced Infantry Course in 1949. He attended the US Cold Weather Warfare School at camp Carson in 1951.  He was also an Umpire in two major war game training exercises.  Operation Snowfall w/ 511th A/B Inf. in 1952 and Operation Longhorn w/ 508th A/B Inf.  in 1953.  He had previously been recruited by the USMC but turned that down as he would have had to remain a Lt. for at least 3 more years.
At some point around 1954 he was assigned to the 107th RCT where he would be on the Army Rifle Team when they would defeat the British team in completion and he met Queen Elizabeth when she came to congratulate them on their victory.  It was at this point when he is also credited as being an inventor of the Army Challenge Coin. 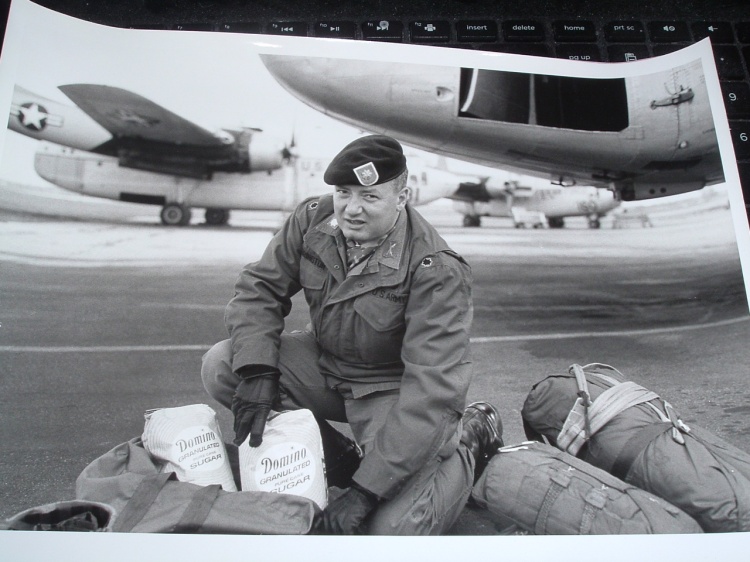 In 1958 he would join the US Special Forces and serve in that capacity until 1973.   he was part of the original and often unheard of 300th and then the 303rd  SFOD Special Forces Operational Detachments. They were under the operation of 77th Special Forces. He would also serve with the 7th, 11th, 16th , and 19th Special Forces Groups.  When with the 11th he is credited with re-introducing the Crossed Arrows as the Special Forces Branch insignia.  During this time he was also recruited by MACV-SOG  and the CIA for possible assignment to PRU units in Vietnam. He turned this down.  The 16th group would be re-designated the 19th group and it was here that would be sent to Ethiopia around 1965 to help organize and train their airborne forces under Haille Selassie. He would become the Commanding Officer of 3/19th Special Forces stationed at White Plains N.Y. and he would serve here until his retirement in 1973.   He was awarded the following medals.  The Meritorious Service Medal,  The Army Commendation, Army Good Conduct, Asiatic Campaign Medal, Army Reserve Medal, Army reserve Component Medal, Armed Forces Reserve Medal w/ 10 year device, American Theater Campaign, Philippine Liberation Ribbon, Philippine Independence Ribbon, WW2 Victory Medal, and National Defense Service Medal. 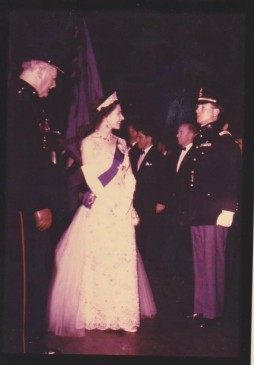 He passed away in Dec. 2009 and is buried in Arlington National Cemetery.  His total US Service in actives and reserves was 29 years 3 months and in the New York State Guard was 18 months.